We went to Cowaramup for coffee and cake this morning. I have been wanting to photograph some of the 42 life size fiberglass cow sculptures around the town. According to Wikipedia, in July 2014, the town set a Guinness World Record for the largest group of people – 1,352 – dressed as cows. Mmmm …

More from Wikipedia: “The name Cowaramup derives its name from Cowaramup Siding, which was located near the town-site, on the now disused Busselton to Augusta railway. The town-site was gazetted in 1925, originally to support the timber and dairy industries. The name is believed to be derived from Aboriginal word cowara, meaning purple-crowned lorikeet.

Locals from the region often refer to the town as “Cowtown”, a reference to the use of “cow” in the town’s name and its history of dairy farming.”

We had a fun morning; and I wasn’t the only one on the street with a camera. These cows are quite a tourist attraction.

10 thoughts on “Welcome to Cowtown” 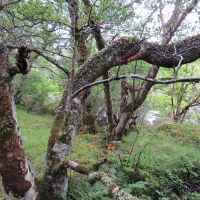